In the concrete and coal processing industries the RRSB (Rosin, Rammler, Sperling und Bennett) equation for interpolating PSD (Particle Size Distribution) curves is quite popular. The RRSB distribution is:

and has this appearance: 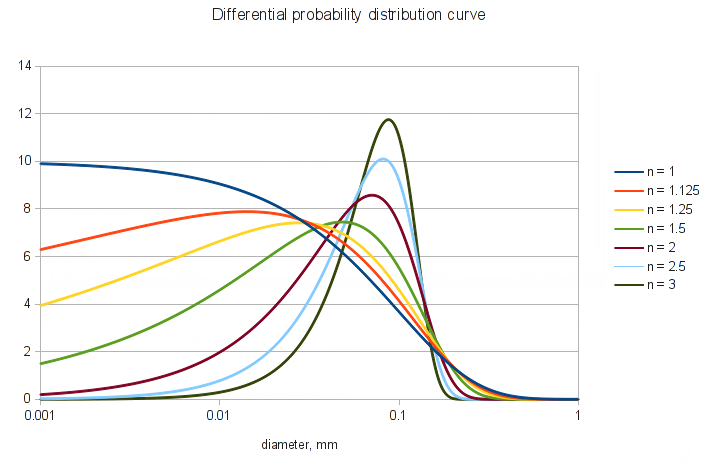 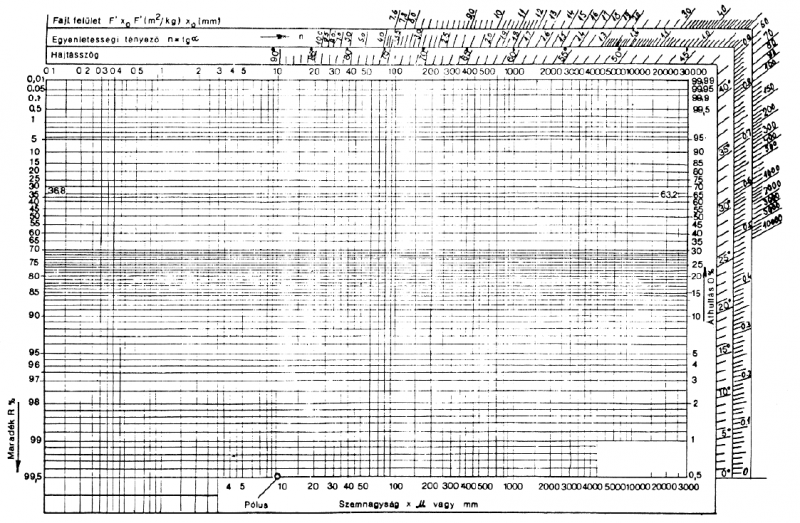 The grid is based on log vs. log-log scales and is such that if the experimental measurements from a sieve analysis are drawn on it, and a linear interpolation is used, the resulting curve has the form of the RRSB equation above.

Indeed that can be rewritten:

At first sight it is easy to oversee the fact that the y axis is on a log-log scale rather than just a log-scale. If you look at low D values (right axis in the figure above, it looks like a plain log-scale (because for D small ln(1-D) is almost the same as D). But the distance between the decades increases at values of D approaching 1, which hints at its log-log nature.

In non-German-speaking parts of the world and outside of the concrete and coal processing industries, the RRSB curve is more widely known as Weibull distribution. In Microsoft Excel for example you have the function:

The RRBS i.e. Weibull PSD has been attributed some physical meaning for powders resulting from crushing or grinding processes. It is also used for crystallizates though.

homo technologicus cynicus
View all posts by paolog →
This entry was posted in Chemeng, Uncategorized. Bookmark the permalink.

One Response to The RRSB particle size distribution